.
You are here: Home / TV / Disney Gives Demi Lovato a “Break” While Sonny With A Chance Moves Forward 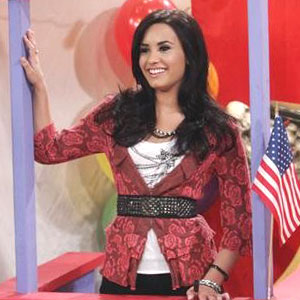 Hit Disney show Sonny With A Chance is possibly moving forward without Sonny. Disney announced on Friday that Demi Lovato would be taking a “break” as she deals with her own emotional and physical issues.

Variety is reporting that the shows producers will focus the show’s plot on a So Random! a “show-within-a-show,” but only as a contingency plan.

Season 3 of the show gets underway in January which still gives Lovato a little bit of time to get her act together.

So Random! has aired one time as it’s own stand alone show and Disney was pleased with the results enough to trust this new angle for the show.

“This allows her the time she needs to get well, without distraction or pressure,” adding “Again, we extend our ongoing support to Demi and her family as she works to overcome personal issues.”

What do you think about Sonny With A Chance not featuring Sonny?