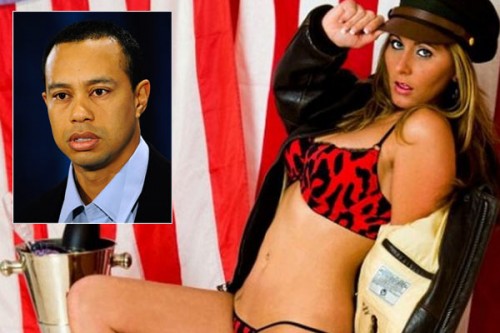 Adult film star Devon St. James wants the world to see Tiger Woods in action, she probably also wants a ton of money which is why she’s really shopping around a rumored sex tape of sex acts she performed with Tiger Woods.

“The tape is 62 minutes long and 37 minutes of it is us having sex,” adding, “We are flying to Los Angeles to meet with Vivid [an adult film company] about selling the tape. If Vivid won’t pay enough, we’re going to self-release the tape… It’s going to be the bomb.”

She also tried to prove earlier in the year that her nine-year-old-son son was fathered by Tiger Woods, a claim that was later thrown out of court.