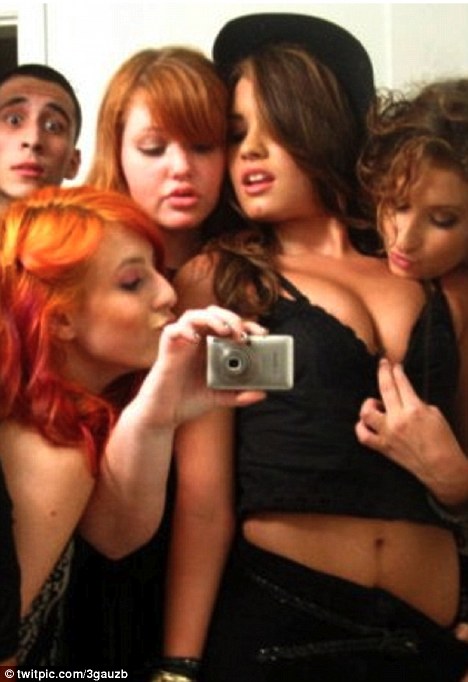 Notice in the photo Alex Welch, the girl Demi punched in the face during a flight from Peru after Welch told Lovato’s handlers about her naughty ways.

In November Lovato entered a rehab center in Illinois for physical and emotional issues, a facility she is expected to remain at through the holidays.