.
You are here: Home / Celebrities / Demi Lovato, Not Bad, Not Bad At All 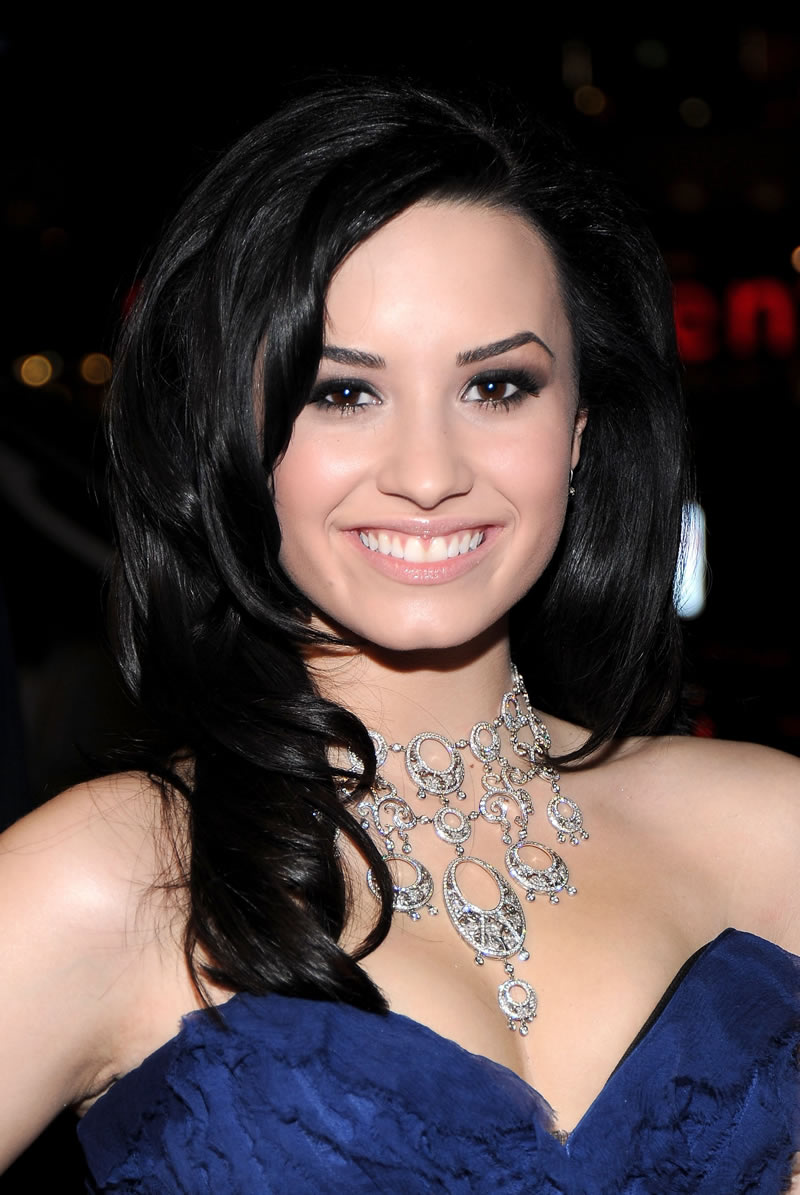 I must say this photo of Demi Lovato is pretty impressive. Since she is 17 I am still obligated by Federal Law not to make the usual comments that I would towards a woman of age and therefore this entry is going to be the most boring one that you have ever read from me. If I had more pictures I would just make those the entry and ignore anymore words so that I could distract you, but I don’t think that will work.

This is her at the People’s Choice Awards by the way. Apparently people get dressed up there and look really, really cool. I wasn’t invited this year because of the last year’s incident. If you don’t know about it then obviously you don’t watch Extra because I was all over that mofo like a pigeon on a hot dog in Central Park.

Lovato began her acting career at the age of six on the children’s television series Barney & Friends as Angela, appearing in seasons seven and eight. In 2006 Lovato guest starred on Prison Break as Danielle Curtin in the episode “First Down”. She also appeared in the second season of the television sitcom Just Jordan as Nicole, in the episode “Slippery When Wet”. In January 2007, she landed the role of Charlotte Adams on the Disney Channel Original Short Series, As the Bell Rings, which premiered on August 26, 2007. A few of her original songs, including “Shadow,” were featured on the show. Upon leaving the show, her character was replaced by Lindsey Black.

I stole that from Wikipedia because for some reason that site always seems to know more about the people I talk about than I do. I don’t understand how they do it, but they pull it off well. Sneaky, cheeky bastards they are. I probably shouldn’t say bastards that involves an entry with a 17-year old in it. I’m sure she has heard worse before, you know how kids and their mouths are. Crazy kids.

Thank god I stopped having them after the 10th one with my 11th wife. Well, time to go back to work at McDonald’s. Stay in school kids.