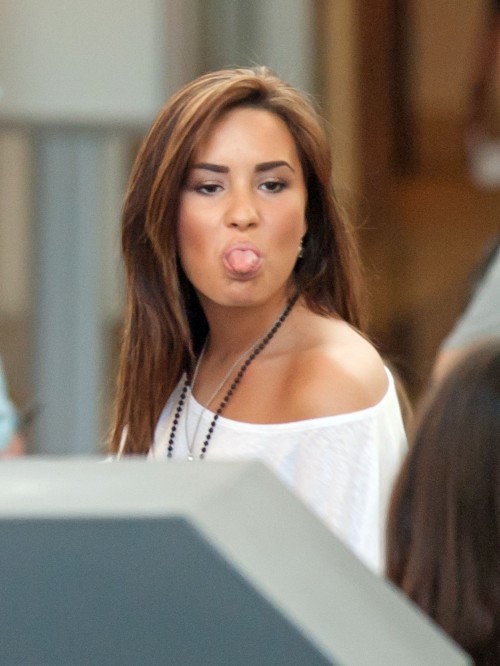 We haven’t heard much from Demi Lovato since she was dumped by Jonas Brothers’ performer Joe Jonas, but now the Sonny With A Chance star has made her triumphant return to the spotlight, as a blonde.

Lovato was spotted on Monday sporting the new do while accompanying her little sister Madison De La Garza through security at the Los Angeles International Airport.

It’s a pretty drastic change and I had to do a double take at the picture to confirm that it was actually Lovato. So what do you think, nice change or a step to far from her Sonny look?