.
You are here: Home / Celebrities / Danica McKellar Has A Baby Boy 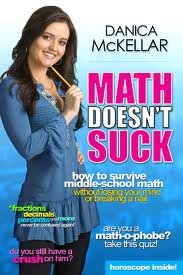 Danica McKellar, best known for her role as Winnie Cooper on the hugely popular TV show ‘Wonder Years‘ has announced the birth of a baby boy, Draco Verta. The child is the first for her and composer husband Mike Verta.

According to PEOPLE Draco was 7 lbs., 2 oz. at the time of bith and both mom and baby are doing great.

“We are humbled, overjoyed and so grateful for this miraculous gift,” while adding, “It’s like we’ve only now just learned the true meaning of love.”

The couple married in March 2009 and they had announced the pregnancy earlier this year. Since Wonder Years went off the air McKellar has become a mathematician and finished her third book, ‘Hot X: Algebra Exposed,’ which arrived on shelves this past August.