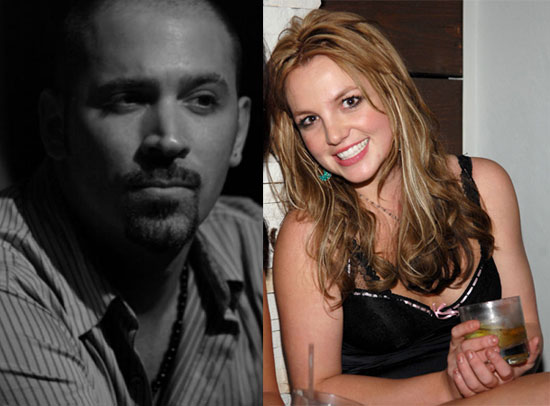 WhenÂ the restÂ of us go to rehab, we findÂ inner strength over addition, peace & tranquility.Â  Â But when bald Britney Crazypants Spears goes to rehab, she finds herself a man.

We all think it’s unfortunate that Brit has set her sights on someone while in rehab, when she most certainly should be putting all her thought into getting better & not hitting cars with umbrellas.Â  But, it looks like good ole Brit just can’t stand being alone.Â

Spears has her placed her crazy claws into Jason Filyaw, the lead guitarist for the band RIVA.Â  Do I hear a come-back album for not only Brit but for Jason as well?Â  What about a duo come-back?Â

TMZ is reporting, “Filyaw, self-described as “very spiritual,” would neither confirm nor deny that he is dating Spears, but admitted, “I love her, I support her 100% and we are close.” Filyaw, who’s been attending AA meetings with Spears, also revealed that he is helping Britney with the spiritually “deep” part of her recovery.”

Oh no!Â  Will all this talk of “deep” spirituality I feel Britney may come out of Promises rehab center even crazier than when she went in, if that’s possible.Â  Well, we can only wish Britney luck in rehab & that she finds herself before she finds a man.