.
You are here: Home / Celebrities / Christina Applegate Is Pregnant 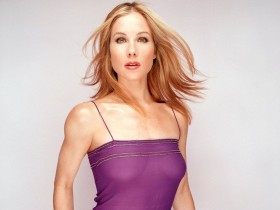 Christina Applegate, 38, has announced that she and her fiance, Dutch bass player Martyn Lenoble are expecting their first child.

The Samantha Who? star underwent surgery in 2008, undergoing a double mastectomy to defeat breast cancer. Her and Lenoble have been dating for two years and became engaged on Valentine’s day in 2010.

From Married With Children to getting married and having a child, Applegate sure has come a long way since the days of Don’t Tell Mom The Babysitters Dead.

Congratulations to the happy couple.