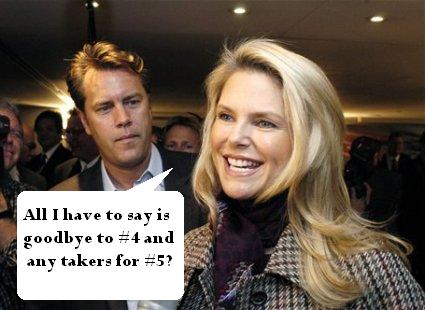 After all the cheating & public apologies from her husband, Christie Brinkley has officially filed for divorce from her fourth husband of 10 years Peter Cook.

The news comes two months after Cook’s affair with his 18-year-old assistant.

Cook’s lawyer David Aronson stated, “We are told that a divorce action has been commenced in Suffolk County, and we have agreed to accept service of those papers.”

Aronson added,Â “(Peter) regrets that this happened. He was hopeful that he and Ms. Brinkley would be able to work their way through this problem and put their marriage back together, but obviously she has decided otherwise.”

BrinkleyÂ has beenÂ around the marital block many times before, first toÂ artist Jean-FranÃ§ois Allaux from 1973â€“1981; then vows were said withÂ musician Billy Joel (1985â€“1994); Brinkley said ‘I do’ to developer Richard Taubman (1994â€“1995) and finally walking down the isleÂ to #4, architectÂ Peter Cook, whom she married in 1996.