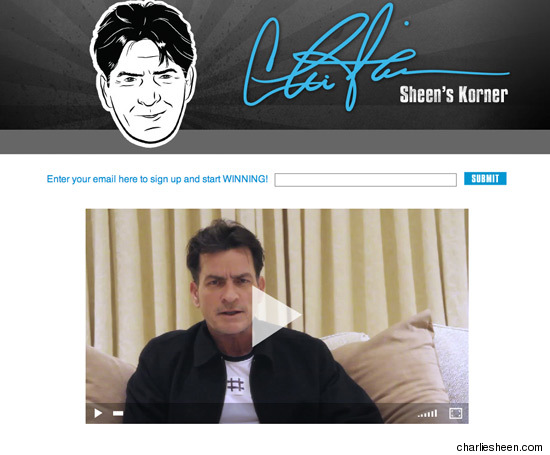 Sign up for his newsletter (pictured above) and you can “start winning” right away, even if your a troll.

It’s hard to hate Charlie Sheen when he has so obviously went insane.