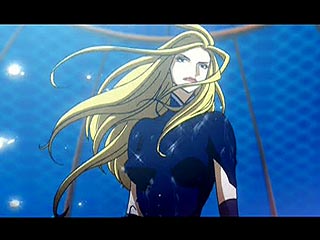 Britney Spear’s new video “Break the Ice” will debut at 6:30 ET today — and fans get to join her.

The video will be released at BlackOutBall.com. Fans can get to join the online party, where an anime Britney will mingle. (Fortunately, this version of the pop star won’t get drunk, high, or flirt with any paparazzi.)
.
The clip itself was directed by Robert Hales, who also did the Gnarls Barkley’s “Crazy” video.

Our congratulations to the production company for thinking of a way to produce the video while the real Britney was having a nervous breakdown. We assume the animations were made while she was going in and out of the hospital, and gallivanting around town with paparazzi.