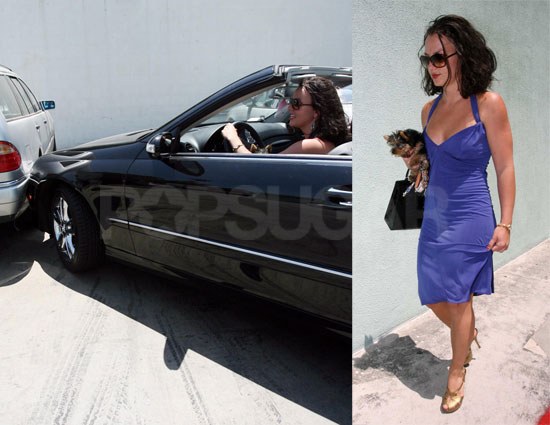 Good grief!Â  SomeoneÂ put out &Â help the crashing & burning Britney crazypants Spears!Â  Despite the fact that Brit was able to finally land a manager & get cozy with Allure magazine once more, the starÂ crashed into a parked car onÂ Monday.

Yep, I said it.Â  A parked car.Â  Apparently Spears was not injured in theÂ fender bender, but we can’t say the same for the innocent car that she hit while trying to park.Â

Even Allure’s editor in chief doesn’t have many positive things to say about our Britney.

“I thought we could present the profile as her comeback… Britney showed up for Allure’s cover shoot on time and ready to work. She was entirely un-self-conscious: She took off her wig and then stripped down to the waist, for no apparent reason, before sitting for hair and makeup…. (she was) agreeable and cooperative,” but “that was the last we saw of her … she missed four appointments for an interview… Britney has long lost her role-model status … Spears still commands our attention, perhaps even more so now than before her life imploded.”