.
You are here: Home / Career Moves / Britney Spears Speaks Out to Fans in Letter 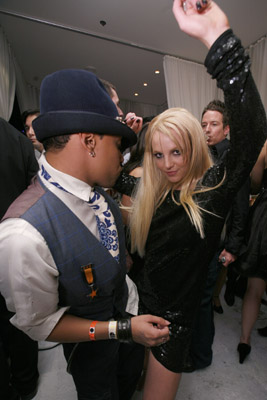 In a letter posted on her website Friday, pop princess Britney Spears reached out to her fans.

â€œThe last couple of years have been quite a ride for me, the media has criticized my every move and printed a skewed perception of who I really am as a human being,â€ she stated.

â€œThe last couple of years have been very enlightening for me and now that I’ve had the time to be â€˜me,â€™ I’ve been able to sit down and think about where I want to go with myself as an entertainer with absolutely no strings attached.â€

â€œI am now more mature and feel like I am finally â€˜free,â€™â€ Brit revealed, speaking of the impending divorce from estranged husband Kevin Federline.

25-year-old Spears also acknowledged the shut down of one of the most popular Britney site, WorldOfBritney.com.

â€œI noticed today that one of my biggest fansites is shutting down soon.”

â€œI want you all to know that I do understand all the reasons that went behind making that decision, and I am sad to see it closing.â€

In December 2006, the founder of the popular fan-based site posted a statement reading,

“As Britney keeps losing her identity and credibility within fans and industry people, so is WoBâ€¦I would therefore like to announce the permanent shut down of World of Britney.com beginning January 31st, 2007.I believe Britney is unfortunately doneâ€¦it’s very hard to maintain the respect needed to keep things going.”

Britney closed her letter to her fans by saying, â€œI know I’ve been far from perfect and the media has had a lot of fun exaggerating my every move, but I want you all to know that I love my fans so much, and I appreciate everything you have done for me, so Thank you, Thank you, Thank you!â€

I dunno guys, do we forgive & forget? You tell me.