.
You are here: Home / Celebrities / Britney Spears’ Boyfriend Ready To Dump Her Because She Smells 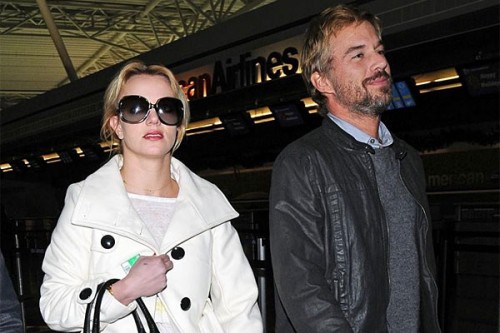 Apparently K-Fed rubbed off on Britney Spears or at least his hygiene practices have. According to Spears’ manager/boyfriend Jason Trawick the Hit Me Baby One More Time singer hasn’t been showering enough or changing her clothes, causing her to stink pretty badly.

According to sources close to the couple, her refusal to change clothes for days and refusing to wash her hair has nearly put Trawick over the edge:

“Britney isn’t the type to cover herself in pretty smelling lotions,” reports an insider, while they added. “She hates washing her hair, so sometimes it can smell downright sour. She’ll sometimes grab an outfit and wear it two or three times in a week.”

If that isn’t bad enough that same tipster says:

“Recently she put on a sundress for the third day in a row, but Jason refused to leave the house with her until she put on something else. Thankfully she’s trying more now because even she knows you couldn’t think of a more embarrassing reason for a relationship to break down.”

Spears’ friends have confirmed her hygiene practices by stating:

“It’s just plain laziness. She was the same when she was married to Kevin Federline.”