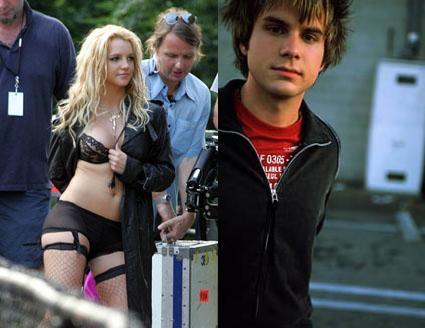 Good ole Brit is out of rehabÂ & seemingly enjoying that her manager is saying all is well with an album on the way which will probably just collect dust on the store’s shelves.

While Spears is supposedly working on a new albumÂ & a new look, she has also found some time to kindle some more love with another musician.Â Â Brit has set her crazysights on Howie DayÂ who she “fell hard” for while staying at Promises rehab center.

Apparently SpearsÂ claims that Day is “the best kisser ever” & she is evenÂ toting him to a family wedding in June.Â  ButÂ I don’t think Mother Spears is tooÂ happy about the match, due toÂ Day having a troubled past full of arrests & mayhem.Â Â Â Â