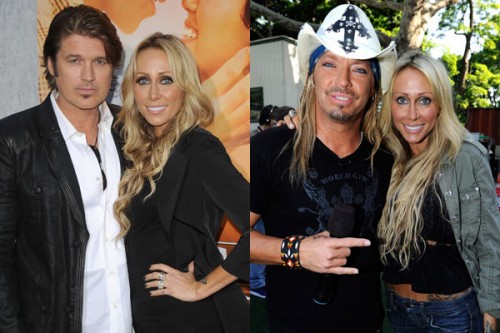 Rumors of the affair started after Billy Ray Cyrus filed recently to end his marriage of 17 years.

“I’ve been friends with their family forever.” while adding: “It started out with me and Miley simply working on a song together. Her mom, Tish, likes ‘Every Rose Has Its Thorn,’ the first concert Miley ever saw was Poison, and so they wanted to remake it for the new record. When I was in the studio, Miley came in and sang on my song, a song I wrote for my album ‘Custom Built,’ and she came over and sang on that and honestly, she did a beautiful job, and that was it. Then they started with all the controversy.”