.
You are here: Home / Celebrities / Bret Michaels Will Have Heart Surgery In January 2011 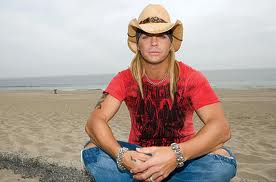 Bret Michaels, frontman for the glam rock band Poison will undergo heart surgery in January 2011 to repair a heart defect that popped up earlier this year.

The surgery will be done to repair a hole in the rockers heart, a hole that developed after Michaels suffered a brain hemorrhage in April 2010.

Michaels went on to make a recovery and even won Celebrity Apprentice despite his time spent in the hospital.

Bret has had heart issues since he was born according to his doctors, but the issue was not discovered until after his warning stroke in May.

“Is he 100 percent? No, but he’s in good spirits, he’s having fun on the road, he loves his fans and has always said music heals him.”

“He said that there are times when, of course, he worries but he has great people around him and he’s very cautious. Maybe sometimes he gets a little tired easier and on occasion he’ll get a headache, but that’s when he knows it’s time to rest. He’ll rest up, have surgery, take some time off hopefully take a family vacation and get back on the road touring and promoting his upcoming book.”

Good luck to Michaels during his surgery.