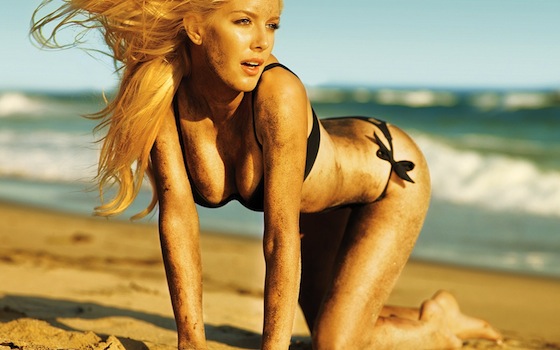 Not sure if was her gazillion surgeries and an addiction to it, or his dogs reportedly pooping all over their house and she apparently having to clean it all up, but professional dimwits Heidi Montag and Spencer Pratt called it quits a couple of days ago. Now, Jennifer Bunney, who was once on The Hills with Heidi, says Miss Plastic is moving in with her for the summer, and it seems the two are part of some new reality show. Oh and get this; Bunney says further to US Magazine that Heidi is tired of Spencer controlling “fake bad press” and that she wants to focus on her acting career.

Acting career? What acting career? Sure she appears in the upcoming (2011) flick Just Go With It, and she wants to be in Transformers 3, but she has no real acting career to speak of. Appearing in a reality show does not make for an acting career. She wants to be an action star, but didn’t anyone tell the girl that having fake plastic boobs makes that kind of difficult? So does not really having any talent other than plastic assets, so to speak.

But I digress. You probably want to know more about why these two numskulls, Heidi and Spencer are splitting up or whatever they call it. Well, a TMZ source says that Heidi claimed he was controlling her and keeping her from her friends. Maybe he was afraid she couldn’t walk and chew gum at the same time, and would trip and puncture her fake fun bags.