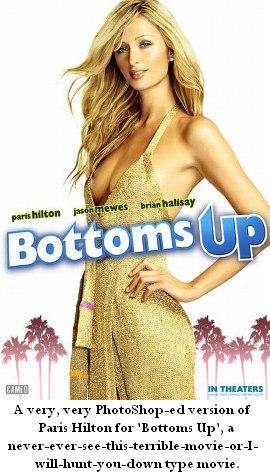 HotelÂ heiress Paris Hilton has been slammed byÂ Bottoms Up costar Simona Fusco for her unprofessional on set behavior.Â

FuscoÂ basically feels like theÂ restÂ of us, calling Paris “annoying” and having no talent at all.

Fusco illuminates, “I don’t think there’s any talent there. My biggest problem with Paris was that she was always late on the set. It became very annoying. Everyone gets tired.

“By the time Paris finally showed up, she was usually coming from a party. She never memorized her lines. So now, not only does she show up late, but on top of it she didn’t have her lines ready to go.

“It was a very long day working with Paris.”

Poor, poor rich Paris.Â  Can’t she pay someone to memorize her lines?