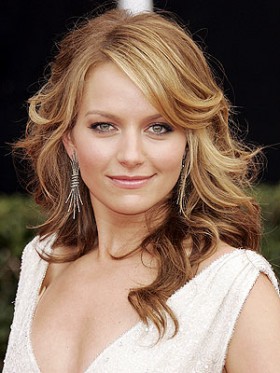 Former Ugly Betty star Becki Newton has given birth to a baby boy.

The birth actually occurred last month in Los Angeles according to Us Magazine however Becki and husband Chris Diamantopoulos had managed to keep the birth private until today.

At this time the baby’s name has not been released to the public.

The happy couple announced their pregnancy in July and they have been together since they met on a New York City subway in 2005.

Along with the birth of her son, Becki will appear in the upcoming NBC comedy Love Bites which will begin airing sometime in 2011.