.
You are here: Home / Celebrities / Beckham Clan Slashes Staff to Save Money 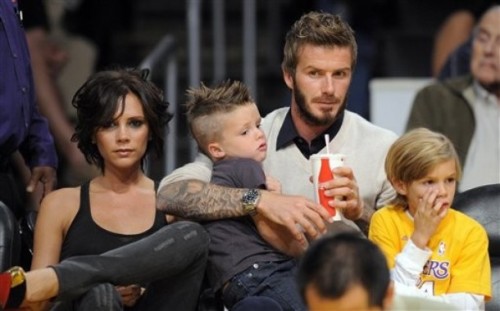 Superstar couple David Beckham and his wife Victoria Beckham have reportedly fired much of their staff to save money.

While the couple is reportedly worth $200 million, their accountant told them they were hemorrhaging money and should cut their staff. The Beckham’s have went from 50 employees down to just 14.

“This very no-nonsense accountant gave it to Victoria straight and said, ‘You can afford to employ all of these people. But why the hell do you?’” said a source close to the couple, they also added, “David and Victoria are multi-millionaires, but that doesn’t mean they have to waste money – and they were hemorrhaging it.”

The cuts come just a week after it was discovered by English tabloids that David’s sister is living on government benefits with her three children.