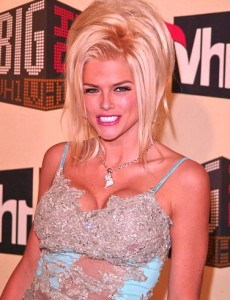 The court has decided that a friend of Anna Nicole Smith can sue an author for defamation of character. However, the gay part cannot come into play as this is not considered a “bad” thing anymore. So who is the friend? Howard K. Stern. He is suing the author of the book “Blonde Ambition: The Untold Story Behind Anna Nicole Smith’s Death,” for things that were said about him in the book, including being gay.