.
You are here: Home / Celebrities / Angelina Jolie Calls Brad Bitt Her Only Friend 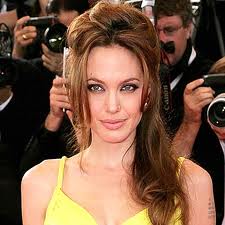 She had topped the list of most beautiful woman in the world, she makes millions of dollars per  movie role and she’s a humanitarian loved by the less fortunate all over the world, but according to Angelina Jolie, for all the adoration she has received, her only real friend is hubby Brad Pitt.

During an interview with CNN’s Sanjay Gupta this past Wedesday, Jolie revealed that the only person she really chats with is her husband.

Gupta then asked Jolie how she copes with her UN Goodwill Ambassador role, to which she replied that she mostly once again relies on Pitt.

“I’ll talk to my family. I talk to Brad; he wants to know as much as he can about these issues and every trip. He’s been here as well; he came with me after the earthquake. But I don’t know, I don’t have a lot of friends I talk to. He is really the only person I talk to.”

Maybe saying she has no friends is a bit of a stretch, but it definitely seems that her only one true friend that she trusts is Brad Pitt and that isn’t necessarily a bad thing if they have a rock solid relationship.