.
You are here: Home / Mischief & Mayhem / Amber Portwood Threatens To Kill Herself As “Teen Mom” Drama Heats Up 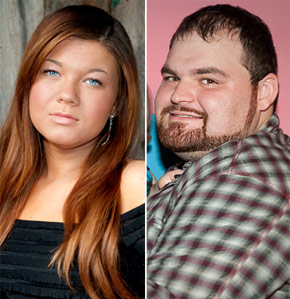 “Teen Mom” star Amber Portwood craves attention so much according to HollywoodLife that she’s actually threatened to kill herself just to get her way.

“Gary told me that there have been several instances where Amber would say to him, ‘Come home or I’m gonna kill myself!’”

Portwood has had several outbursts against Shirley, including a huge blow up on Sept. 28 which occurred when her daughter Leah was in the room and which could lead to the removal of her daughter from the home and felony charges being brought against her.

If that isn’t enough drama, Indyposted reports that on Oct. 20th a sheriff showed up at Shirley’s home after Portwood was locked out in her underwear and threatened Shirley. That most recent incident has led to an investigation by the Indiana Department of Child Services.