.
You are here: Home / It's OK / Adele : Gracefully dealing with stage anxiety and the pressures of the pop industry 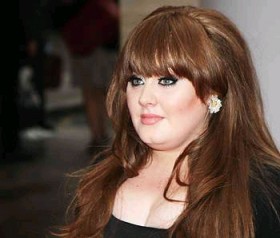 It’s been a while since I’ve actually found an artist in this genre whose music I’ve actually wanted to download onto my playlist.  Most of the songs I have on rotation are a hodge podge collection of old school artists that I never grow tired of.  However, it was just begging for something fresh!

I was at a friend’s flat when I heard her first streaming through my buddy’s iTunes and I was instantly hooked.  Earning two Grammy awards in 2009 for Best New Artist of the Year and Best Female Vocal Performance, 23 year old British singer Adele made my jaw drop with those set of pipes that just rocks your core and moves the earth!  That girl has her soul in her music and it reaches out to you.  True to this, Beyonce complimented the young artist saying that listening to her feels like listening to God!

Hearing that from the ravishing pop diva herself can make a successful budding artist end up with creating their own alter ego!  And from that day, Sasha Carter became Adele Laurie Blue Adkins’ alter ego who may just as well be a bootylicious half Black and half Caucasian woman who sings dark bluesy music in a British accent.

But who needs an alter ego when you’ve got such an amazing talent? Apparently, the refreshing luscious singer has stage performance anxiety. She confesses her dislike for tours as this has her hiding away and running out through fire exits in a vomit fit and even hurling projectile puke on someone. 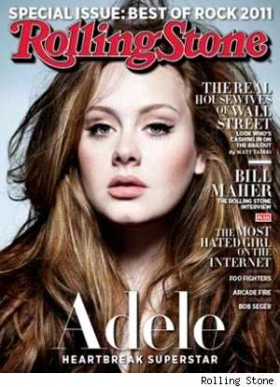 At least that’s not due to an eating disorder as she admits her disdain for working out. The rather curvy singer, who is currently on the cover of Rolling Stone Magazine, oozes with a rather subtle sensuality to her classic beauty.  Adele believes in enjoying good food and wine and not go ape on cutting calories just to be able to show some skin like most young pop stars these days.   Although she admires Katy Perry’s décolletage and her derriere, Adele says that she makes music to be appreciated with one’s ears …and not with one’s eyes.