We had a good time at the movies this year, but the features are going to get even more exciting for 2014 and 2015, as some prominent books get their own big screen versions! 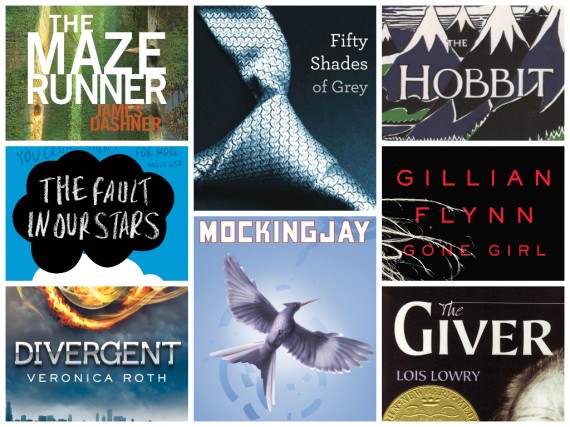 Get ready for a “sick love story” next summer as Shailene Woodley and Ansel Elgort breathe life into the beloved characters of Hazel and Gus! Hopefully, (we know John Green agrees with us) this won’t be subpar.

Shailene is on a roll! The actress has scored another YA role as ‘Tris Prior’ in Divergent, the first in a series of Veronica Roth’s action thrillers set in a dystopian Chicago.

Teen Wolf hottie Dylan O’Brien is starring in his first headliner — the James Dashner bestseller — involving a mysterious maze (duh!) that no less than 60 boys must escape from.

Of course the final book’s being split into two! [Rage right there.] “Catching Fire” ended on a cliff-hanging note, so we’re expecting some resolution here, at least.

Amy Dunne is gone, and the hunt for her’s being translated to a future blockbuster; we have Ben Affleck, Neil Patrick Harris, and Tyler Perry (no less) to look forward to.

Ready to have your fantasies fulfilled? You’ll have to wait ’til 2015 to see Dakota Johnson and Jamie Dornan in action as the unusual couple Ana Steele and Christian Grey. [Ugh.]

More than being an acclaimed sci-fi novel during the ’90s, this one has some heavyweights starring in it: Jeff Bridges, Meryl Streep, and Katie Holmes. Oh yeah, Taylor Swift’s gonna be in it too!

Finally, the conclusion’s coming…next year. We all know by now that “Desolation of Smaug” was a beautiful frustration, so all hopes of redemption are carried over to this one.