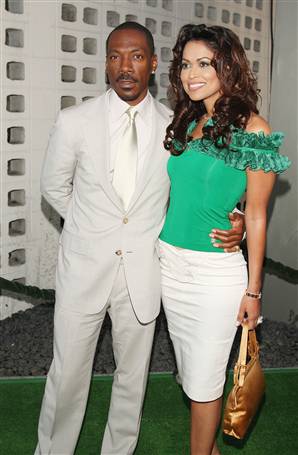 But the wedding wasn’t even over when Eddie started yelling at his new bride in front of the guests.

They’ve said they’re not considering having the symbolic Bora Bora ceremony legalized. “It was representative of our deep love, friendship and respect that we have for one another on a spiritual level, we have decided to remain friends.â€

In other words, Eddie, she’s kicking you out of her life.

Since the couple’s nuptials took place in a foreign country, the wedding was purely ceremonial â€“ not legal. Murphy, 46, and Edmonds, 40, originally said they planned to have a legal ceremony in the United States, but that is now off.