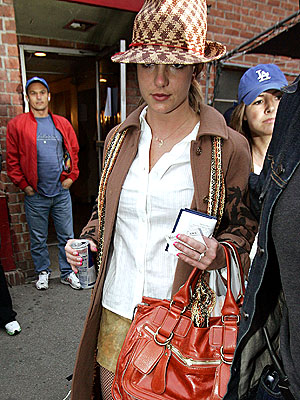 Louis Vuitton has won the lawsuit he filed against BMO and MTV Online Â for using the trademark without permission in her music video. The companies were also charged with counterfeiting. The total cost? They have to fork over 80,000 euros each.

Britney herself didn’t have to pay anything. Vuitton probably figures that she spends that much on her bags in less than a year — and since she’s barely coherent when she shows up on set, she probably had no idea what was going on.