.
You are here: Home / Celebrities / 50 Years and Still Rolling… 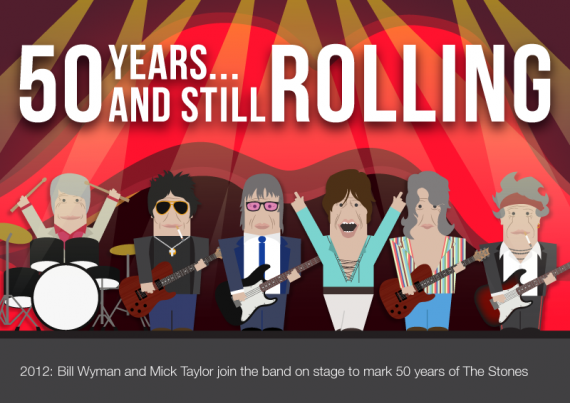 Rock and roll!! After Rolling stones mark their 50th year in Music last year. It seems that they’ll still be rolling this 2013 (and hopefully for many more). Rolling stone’s lead vocalist Mick Jagger, said in an interview last February 14, hat the Rolling Stones may be preparing to hit at least one of the major summer festivals and that the bands still have many offers that they are checking out.

“Well, I’m just looking at what offers are coming in for this year and sorting them out. I hate announcing things when they’re not booked. People are always like, ‘Yakety yak, you didn’t do that in the end’, and I say, ‘Well, yeah, we never really announced it!'”

So for all of you Rolling Stones fans out there who are rejoicing that we can still see our beloved band this year, let’s take a trip down to memory lane and cherish 50 years of great music of Rolling Stone by visiting this site http://www.howthestonesroll.com/ It’s a cool site that tells the Journey of the stones through their really impressive postcard graphics. Put some Rolling Stones CD’s on the player why you view this and you’ll be reminded why Rolling Stones is the Best rock band ever.. 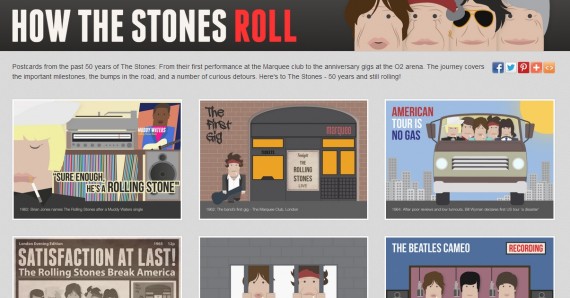