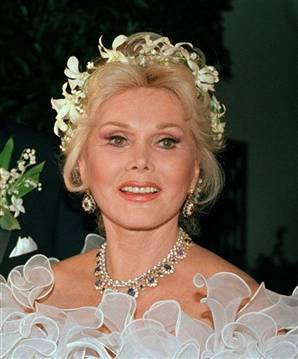 Two days ago the wheelchair bound Zsa Zsa Gabor took a spill out of her bed, fracturing her hip, now we’ve learned that the 93-year-old actress will be undergoing hip replacement surgery on Monday.

Gabor’s publicist released the following statement about the upcoming procedure:

“I’m worried, it’s a difficult operation. She’s 93 but she’s a fighter and the doctors are among the best in the world.”

The injury occurred in Gabor’s Bel-Air home on Saturday while she was watching an episode of Jeopardy. According to PopEater, she fell when trying to answer a phone call.

Her agent described her as “pretty much bedridden and wheelchair-bound for the last eight years.”