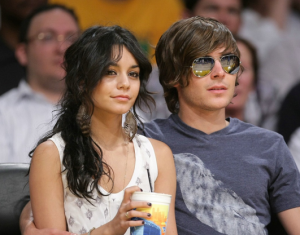 After three years together Vanessa Hudgens and Zac Efron have called it quits.

The pair met when they starred together in the hit Disney movie “High School Musical.”

The breakup appears to be moving along without any drama, a source close to the couple said “it’s nothing dramatic” adding “there’s no third party involved” while another source said “They were together for so long, it just ran it’s course.”

Both Zac and Hudgens are off  filming their own movies at the moment, with Hudgens filming the sequel to Journey to the Center of the Earth titled Journey 2: The Mysterious Island and Efron filming “The Lucky One” in New Orleans.