.
You are here: Home / Celebrities / Angelina Jolie / You Tell Me: Is Jennifer Aniston’s New Model Boyfriend a Fraud? 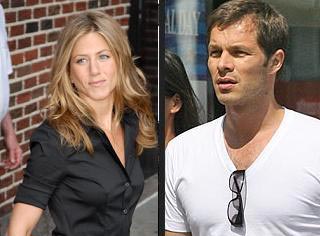 Okay, okay.Â  I’ll be the first one toÂ admit it, we’re all a little protective of actress Jennifer Aniston.Â  I just don’t think weÂ wanna see her get hurt again, like that whole Angelina Jolie & Brad Pitt thing all over again.Â

So, when news broke about Jen’s new model beau Paul Sculfor wasn’t the nicest kid on the block, we all panicked, right?

According to a U.K. publication, Sculfor is apparently known as a “cokehead” as well as a “serial womanizer.”Â  They don’t speak too highly in his favor, do they?

An insider reveals, “Before he moved to L.A., he told everyone he was going to find ‘a rich, lonely girl.”

“Jen’s fallen right into his trap.”