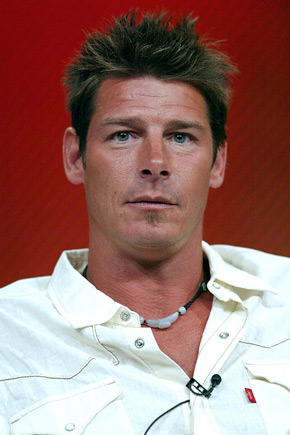 Ty Pennington, the host of “Extreme Makeover: Home Edition”, was arrested over the weekendÂ on aÂ misdemeanor charge.

On Saturday the ABC host was pulled over in Los Angeles for suspicion of driving under the influence of alcohol.Â  Pennington was then arrested at about 12:30am & released two hours later, after posting his $5,000 bail.Â  Ty’s court date has been set for June 4.

On Monday, Ty released the following statement about the arrest:

â€œI made an error in judgment. We all make mistakes, however this is about accountability. Under no circumstances should anyone consume alcohol while driving. I could have jeopardized the lives of others and I am grateful there was no accident or harm done to anyone. This was my wake-up call. I also want to apologize to my fans, ABC Television and my design team for my lapse in judgment and the embarrassment I have caused.â€

We forgive you, Ty.Â  We forgive any fellow rain dogs.Â  Or do we?……