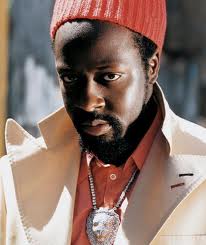 Wyclef Jean was going 24/7 when he was trying to win the presidency of Haiti and apparent that type of work ethic was enough to put him in the hospital.

Last Tuesday Wyclef officially ended his run at the presidency in Haiti, although his campaign had already been disqualified by the country’s electoral council last month because he didn’t meet residency requirements of five consecutive years of living in the country.

The presidency race according to tipsters wasn’t Wyclef’s only issue, he was also working on a new album and meeting with heads of state at a General Assembly of the United Nations.

His spokeswoman Marian Salzman said of the hospitalization:

“He has already been released and is at home recuperating,” adding. “He will be back to work in about a week, and until then the family requests that he be allowed to genuinely rest.”