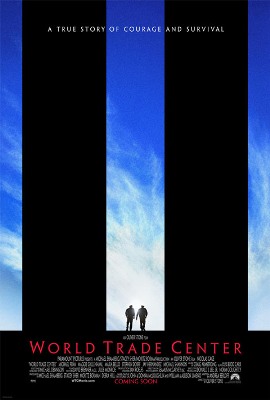 The producers ofÂ World Trade Center are making good on their promises to donate five percent of the film’s weekend-box office receipts, kindaÂ small in the longrun, to the September 11th memorial.Â

The memorial foundation made an announcement yesterday that the producers of the Oliver Stone movie will be donating $1.3 million.

A further donation of $1.3 million is to be divided between three other 9/11 charities:Â  Tuesday’s Children,Â the Tribute WTC VisitorÂ Center & the New York Police and Fire Widows’ and Children’s Benefit Fund.Â