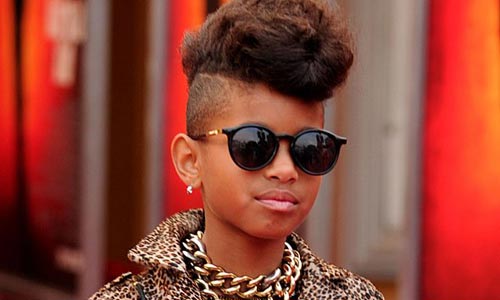 Willow Smith, the 9-year-old daughter of Will and Jada Pinkett Smith has signed a record deal with Jay-Z’s Roc Nation label

Willow’s first single “Whip My Hair” reached the web in audio form this week and now a video is in the works that will be recorded in Los Angeles next month.

Jay-Z told Ryan Seacrest on his KIIS-FM radio show on Thursday that he was excited to work with the pint size singer who has already drawn comparisons to singer Rihanna, even at the ripe old age of just 9-years-old.

“We at Roc Nation are excited to work with Willow. She has an energy and enthusiasm about her music that is truly infectious. It’s rare to find an artist with such innate talent and creativity at such a young age. Willow is about to embark on an incredible journey and we look forward to joining her as she grows in all aspects of her career.”

Willow definitely has rap talent on her side, her dad won the first ever rap grammy for his summertime hit “Parents Just Don’t Understand.”

As for the song? I don’t really understand the Rihanna comparison, but it sure makes for great marketing to the Tween and younger crowd.