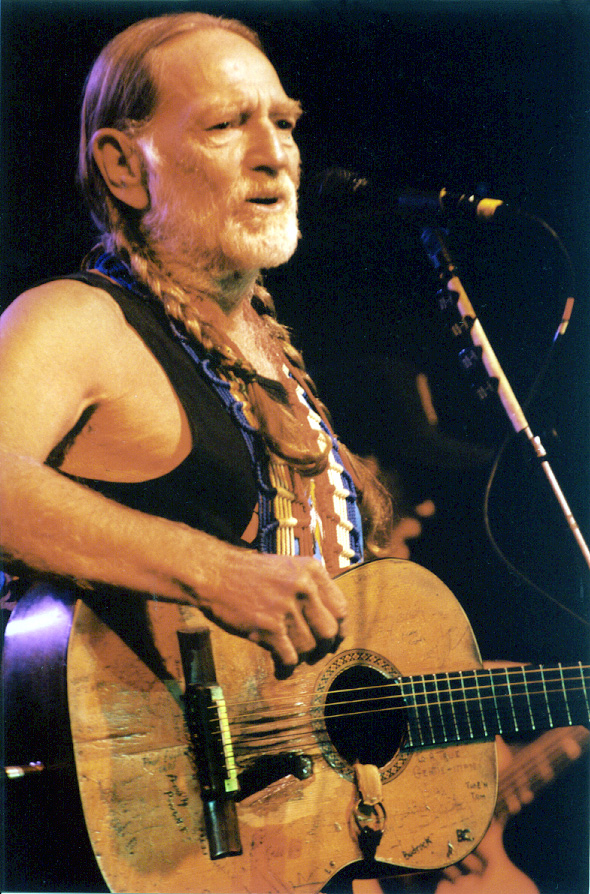 The man who sang to our hearts in “Mammas Don’t Let Your Babies Grow Up to Be Cowboys” & “My Heroes Have Always Been Cowboys” brings us a very different cowboy song this week.

Willie Nelson released “Cowboys Are Frequently, Secretly (Fond of each Other)” on Valentine’s Day yesterday.Â  With the help of this year’s Oscar-nominated Brokeback Mountain, gay cowboys are hotter than aÂ Texas chili pepper.Â

The song is currently only available through iTunes and features choppy Tex-Mex guitar runs and Nelson’s deadpan delivery of lines such as, “What did you think all them saddles and boot was about?” and “Inside every cowboy there’s a lady who’d love to slip out.

The first gay cowboy song by a major recording audience made its debut on Howard Stern’s satellite radio show.Â  It was originally written back in 1981 by singer-songwriter Ned Sublette.Â  Sublette said he wrote in during the Urban Cowboy craze and always imagined Nelson singing it (in his underpants?).

Someone passed a copy of the song to Nelson in the late 1980 and according to Nelson’s record label, Lost Highway, recorded it last year at his studio in Texas.

You can hear Willie Nelson on the Brokeback Mountain soundtrack singing, “He Was a Friend of Mine”.