.
You are here: Home / Celebrities / What the? Where Is Lindsay Lohan’s Belly Button? 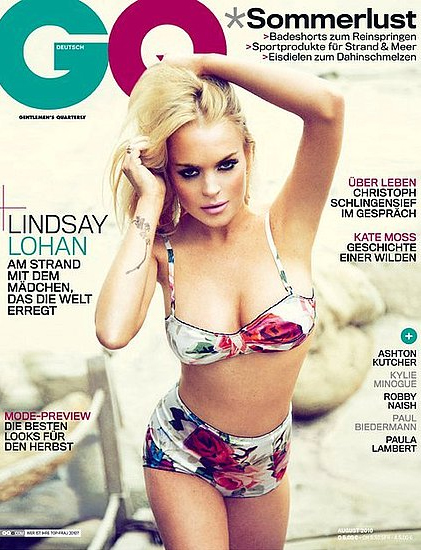 It’s no secret that most magazine photos are photoshop touched, but it’s also not too often that a body part is removed.

If that isn’t enough to creep you out, in another shot her belly button is really high up on her waist, making for an strange looking spread.

“It’s likely that Lohan’s belly button looks like it should be somewhere it isn’t because of the camera angle, or perhaps she had a digital tummy trim that threw off the ‘normal’ proportions of her body…”

I guess everything in Lohan’s life is strange right now.