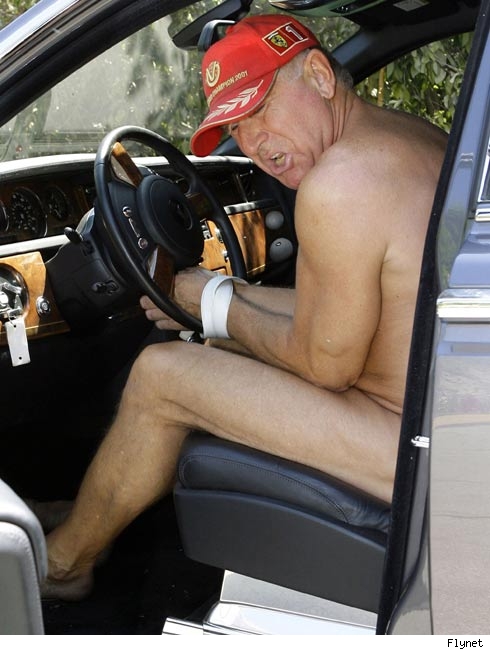 Wanna see Freddy von Anhalt naked in his Rolls-Royce?Â  Too late!Â  And I didn’t really either, but the 64-year-old does look better that one would haveÂ thought, if you ask me.

The always wacky Freddy von Anhalt, or as I like to call him- Zsa Zsa Gabor’s strangeÂ husband, claims he was stopped by three women who said they wanted a photograph with the old geezer, but instead apparently wanted to string the man of more than his pride by taking his clothes at gun point.

Interestingly, the 9th husband of 90-year-old Gabor was last in the news for claiming that he too might be the father of Anna Nicole Smith’s daughter Dannielynn Hope.Â  Nothing seems to work out for this fogie, now does it?