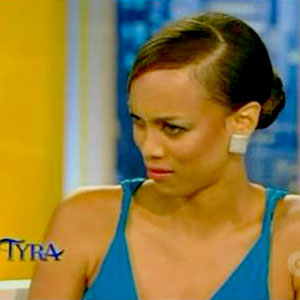 The Tyra Banks Show is being sued for $3 million by a 15-year-old girls mother after the girl appeared on the show which focused on teenage sex addicts.

According to the Atlanta Journal-Constitution, the girls mother never gave her permission to appear on the episode which has already aired.

Beverly McClendon claims that her daughter applied to be on the show through an online “open call” last fall and that when chosen producers flew her daughter out to New York and put her up in a hotel without her mother even realizing she had gone to participate in a taping for the talk show.Also named in the lawsuit are the shows production company Warner Bros. Entertainment and the shows producers.

Beverly claims in the lawsuit that her daughter is  “undoubtedly watched by sexual deviants, perverts and pedophiles alike,” and that failing to get her mother’s permission has violated her daughter’s privacy.

The lawsuit is also asking for an injunction so it can no longer air an any point in the future.