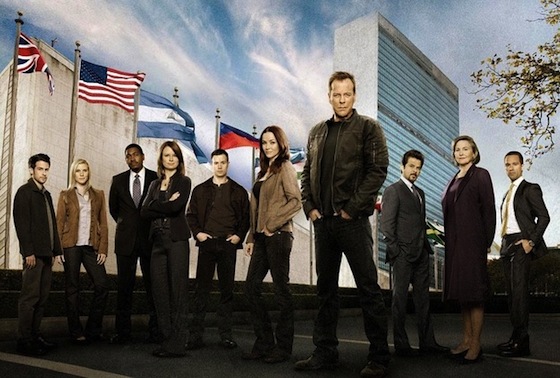 Jack Bauer and 24 might have been extremely popular in the first few seasons, but the two hour series finale yesterday had mild ratings thanks only to die-hard fans, putting CBS in third place for that time slot. ABC took first place, CBS second, and NBC fourth. Hollywood Insider has the numbers, as well as reflections from Kiefer Sutherland. Here’s a hint to networks: not everyone wants reality shows or drama, especially in the 8-10 time slot. I love me my Monday nights on CBS: 2 hours of laughing my ass off with How I Met Your Mother, Rules of Engagement, Two and a Half Men, and Big Bang Theory, followed by CSI: Miami, which I usually record on my DVR for later viewing. Let me put the lie to the statistics: I’ve recorded the 2 hr series finale of 24; I just didn’t feel like watching it at 8 pm. I’m sure I’m not the only person who does that.

Apparently ABC whored themselves out during the 2.5 hour series finale of Lost, with over 100 ads in 45 minutes of commercial and promotional time. If ever there was one show whose trailers were so boring that I changed the channel, it’d have to be for Lost. Usually if I miss a series first few seasons, I watch it in reruns, but nothing about Lost made me want to watch it — not even finding out it was science fiction (duh, J.J. Abrams). Hate me if you like, but I’m so glad that slot is opened up for something else. Unfortunately, it’d probably be some boring reality show.

The Miss America pageant will be back on TV. A three year deal was signed with ABC. The next pageant will air Jan 15, 2011, after what will then be a 7-year hiatus. The pageant started in 1921 in Atlantic City, NJ.

Teri Hatcher has launched a new talk show, but it’s on the Web, not on TV. Called GetHatched.com, it offers lifestyle tips and has interviews with her celebrity friends. Now were this on TV, you probably wouldn’t be surprised if the audience were predominantly female. But even though the site has only been up a week or so, it has male fans. It’ll be interesting to see how the TV demographic changes as more content goes online.