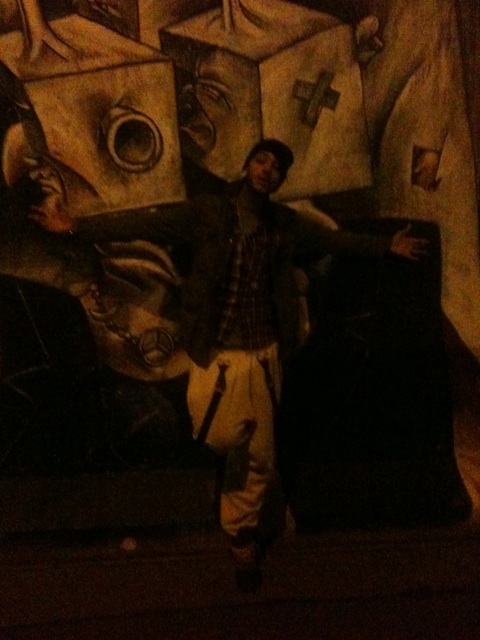 Gym Class Heroes Frontman Travis McCoy was arrested in Germany this past week after he was caught spray painting the Berlin Wall.

McCoy was arrested after he defaced the monument and then posted pictures of his graffiti work on Twitter with the following message:

“The Berlin wall. I’m def gettin up on this before we leave tonight!!! Told you!!! Had to do it, blame it on the devil, everyone else does!”

After paying a 1,500 Euro bond he was released and then was said to be laying low in Amsterdam after playing a live show in the area.