Thanks to Zany Scientology 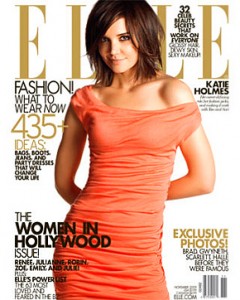 Katie Holmes is the latest Elle cover girl and she talks about fashion and more. Interestingly enough, she mentions that husband Tom Cruise is her fashion critic. So no need for the fashion police, huh? 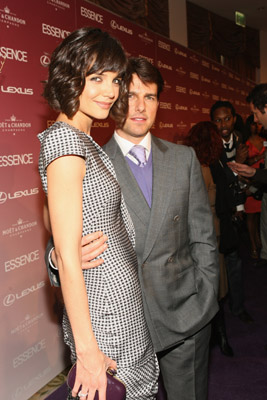 Katie Holmes’ career is starting to look a little too much like Nicole Kidman’s, observes this
article: indie roles, supporting roles, and a Broadway performance. Unfortunately, the writer isn’t sure she can actually pull it off. What do you think?

Exclaimed Will Smith who has been increasingly rumored to be a Scientologist.

“I am a Christian, I am a student of all religions. And I respect all people and all paths.” He insisted after a magazine reported that he was allegedly more active with the contoversial “religion”

Amen to that. It would be such a shame if Will became as annoyingly weird as the TomKat.