‘Gleeks’ are deeply mourning for the loss of one of the show’s pioneering stars – Cory Monteith, a.k.a. Finn Hudson.

END_OF_DOCUMENT_TOKEN_TO_BE_REPLACED

Aren’t you glad Glee season 2 has begun? The cast and crew of our favorite musical TV show gathered for the Glee Spring Premiere Party at Chateau Marmont, Los Angeles on April 12. Spring was the theme indeed as the female members of the cast dressed in this season’s top red carpet trends.

Tell me which one gets your vote for best-dressed!

Mr. Schuester could do a 360 with Jessalyn Gilsig’s hot strapless number. (c) Getty

END_OF_DOCUMENT_TOKEN_TO_BE_REPLACED

What else can I say about my most favorite celebrity of 2010 that hasn’t been said already? She is great in every single way and her body is looking super fab in this dress. She is getting used to the red carpet scene and sooner or later you know the Glee cast are going to get jealous. She is going to have to break out on her own so they don’t hold her back or start to spread vicious rumors about her.

She is hands down the most beautiful person I have talked about today and that is saying a lot considering the competition I put her up against. Looking forward to Glee coming back and her making an even bigger splash in 2010 than she did in 2009.

I’m going to have to talk to her about the little tattoo on her foot because it is cheesy, but I can let it slide. It just looks like a kid’s stamp and my baby girl is all grown up now. No time for that nonsense.

It’s not always about the Oscars and Emmys. There are other less-known award shows where stars go to show off their best threads. At last Saturday’s Directors Guild of America Awards, some celebs made our heads turn with their choice of ensembles.

Broadway-star-turned-TV-celeb Lea Michele is getting the hang of red carpet events. The Glee actress knew just what to do with a nude gown—glam it up with scarlet lips.

For a second there, I thought the caption read Zoe Kravitz. Look who’s channeling her inner fashionista. Zoe Saldana goes wins points with this printed minidress. 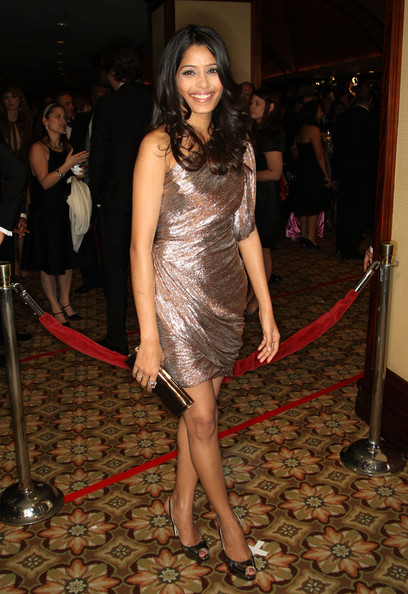 No surprise there. Glee took home the award for best musical or comedy television series, beating veteran shows as The Office, 30 Rock, and Entourage at the recent Golden Globe Awards.

Although the hit Fox show bagged the biggest award that night, it didn’t win three other awards that its cast members were nominated for. Leah Michele, who was nominated as best actress in a musical or comedy series lost to Toni Colette from The United States of Tara. Jane Lynch, who was nominated as best supporting actress, lost to Chloe Sevigny of Big Love. Matthew Morrison lost the best actor award to Alec Baldwin of 30 Rock.

“Thank you to the Hollywood Foreign Press and Miss Barbara Streisand,” said Glee creator Ryan Murphy in his acceptance speech, with the cast celebrating behind him. “We would like to thank all the wonderful people who actually thought a musical would work on primetime television.”