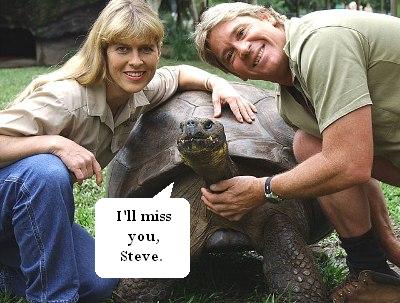 Irwin, who was snorkeling off the coast of Queensland, was fatally wounded by a stingray’s poisonous barb.Â  The last footage of the wildlife enthusiast’s life was pulling the poisonous barb from his chest just moments before losing consciousness forever.

Irwin’s manager and producer John Stainton described the footage, which he had seen, as “shocking.”

“It shows that Steve came over the top of the ray and the tail came up, and spiked him here (in the chest), and he pulled it out and the next minute he’s gone,” Stainton reported.

“That was it. The cameraman had to shut down,” Stainton said.

Queensland Police Superintendent Michael Keating stated there was no evidence that Irwin threatened or intimidated the stingray, who is normally a placid species that only produces its poisonous tail spines as a defense.

Keating went on to state to the media, “There are no suspicious circumstances in relation to the death.”

Experts are now speculating that the last animal Irwin knew probably felt trapped between the cameraman & the Crocodile Hunter.

Manager Stainton said Steve was at home in the bushland, but that he & Irwin had talked about the sea posing threats Irwin was unaccustomed to.

“On land he was agile, quick-thinking, quick-moving and the ocean puts another element there that you have no control over.”

Queensland state Premier Peter Beattie is offering Irwin’s family a state funeral for Steve, who described him as the best known Australian in the world.

Russel Crowe, who had recently appeared on The Tonight Show with Jay Leno, with Steve Irwin stated,Â “He was and remains the ultimate wildlife warrior.Â  He touched my heart, I believed in him, I’ll miss him. I loved him and I’ll be there for his family.”

You gotta love a world with someone the likes of Steve Irwin in it, I will miss his antics & beÂ a little sad that he couldn’t grow old & tell tall tales to his grandchildren.Â 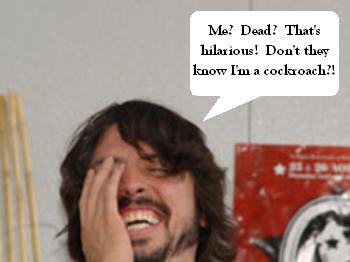 Amid reports that Dave Grohl suffered a fatal accident, the one & only has stepped forth to say that he’s still alive & well.

Grohl says, “I got a phone message from a friend saying, ‘Er, I guess . . . Jordyn, this is maybe for you. I’m so sorry to hear what happened.Â  They were leaving a message on my cell phone saying, ‘I’m sorry Dave died.'”

“I guess I’ve finally graduated to the status of being an Internet rumor. It weirded me out a bit, but it’s stupid. I’m like a cockroach. Don’t worry. I’ll be around for a long time.”

And I do love cockroaches. 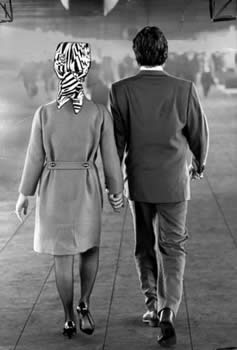 Hollywood icon Elizabeth Taylor,Â 74,Â is bedriddenÂ at her Bel Air home & is planning her funeral.Â  Taylor’s health has been deteriorating for some time and has worsened recently after her heart began to fail.Â  In the prime of her acting career she was famous for Cleopatra & Cat on a Hot Tin Roof.

Knowing she does not have much time left, the actress legend has begun planning her funeral & finalizing her will.Â Taylor is expected to be buried next to the love of her life, husband Richard Burton in Switzerland.Â  It is reported that Liz Taylor will be leaving the majority of her fortune to AIDS research.

A friend says, “Liz is inching closer to death every day and she knows it. It is not a pretty picture.Â  It is very sad, these days she is very depressed and has lost her lust for life, Sheâ€™s finally given into the fact that she is living on borrowed time and it is very painful to see.”

And so the two will be reunited & leave us forever, or at least that’s how I’d like to think of it.Â 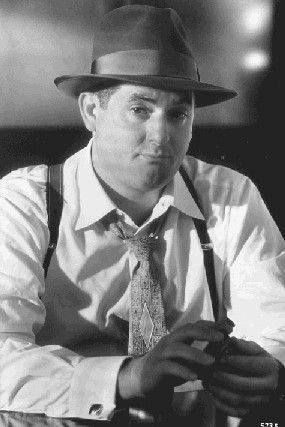 The sudden death of Chris Penn, the younger brother of fellow actorÂ Sean Penn, was ruled accidental Monday by coroners who said he had an enlarged heart and had taken multiple medications includingÂ “promethazine with codeineâ€¦ a highly addictive prescription cough syrup.â€Â  It was widely know that Penn struggled with drug abuseÂ and many speculatedÂ on whatÂ would be the cause of his untimely death.Â

Penn was found dead at his condo in late January.Â  He weighed more than 300 pounds at the time of his death, which probably didn’t help matters.Â  Like Val Kilmer, we watched Penn grow sideways; from the early stocky days with Reservoir DogsÂ as Nice Guy EddieÂ to the chunkier Penn we saw in the 2004 release Starsky & Hutch.

Chris Penn was an actor who specialized in blue-collar tough guy roles but his career was overshadowed by his brother’s career who won a Best Actor Oscar in 2003 for his role in Mystic River– which I still can’t figure out.Â  Sean Penn issued a statement last month asking for privacy following the sudden death and the family has made little comment since.

Some highlights on Chris Penn’s life: