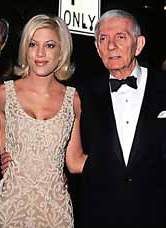 Tori Spelling reconciled with her father, Aaron Spelling,Â exactly one week after the producer / director suffered from a stroke in his California home on Father’s Day of all days.Â  Maybe Aaron saw one of those So NoTORIous shows & thought the show deserved a much different title.

On June 11 Tori visited her father at his mansion in Beverly Hills for the first time in nine months.Â  The out-of-the-blue visit was so that Aaron could meet his new daughter’s husband Dean McDermott.Â  Tori’s split with husband Charlie Shanian after just 15 months of marriage caused strain on her relations with her family.Â  Ummm,Â  I guess if your dad shills out millions for your wedding there’s like an expected amount of time you should be married before you can leave the guy for another dude.Â

Tori tells us her feelings about the two finally meeting, “I’m so over-the-moon that Dean and my dad finally met.”

Tori is still not speaking with her mother Candy, who was out of the house when the two came calling.

She adds, “It’s sad that my mother and I have the relationship we do, but you can’t pick your family.

“I lost the last nine months of time with my dad because of the circumstances with my mom.”

Tori says of the reunion with her father, “It was as if a day hadn’t gone by since we saw each other.” 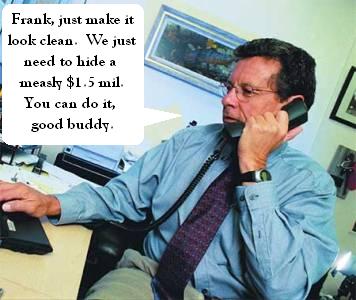 Brokeback Mountain starlet Michelle Williams is having a bit of family trouble.Â  Her father Larry Richard Williams was arrested on Saturday in Australia for allegedly failing to pay US taxes.Â Â
Â
Larry Williams was detained in Australia this weekendÂ after US authorities issued a warrant for his return on charges of evading $1.5 million in income tax.Â  Mr. Williams isÂ a celebratedÂ share-trading guru who travels extensively claiming toÂ revealÂ his stock market secrets.Â  I’m thinking his clients might want to avoid the secrets of evading income tax.Â  The star’s father is being accused of creating false documents and usingÂ several bank accounts to evade hisÂ large tax bill.

Williams, who arrived in Sydney via South Africa, was due to guest speak at a series of financial seminars across the country.Â  Ummm.Â  Isn’t this like Michael Jackson guest speaking for No Child Left Behind or Michelle Rodriguez presenting a speech on behalf of Mothers Against Drunk Drivers?Â

Williams has been released on bail, been ordered to stay in Sydney, forced to surrender his passport & must report into the police three times a day.Â  Sounds like a prescription for trouble.Â  Williams is due to return to court on May 29.Â

According to Brad Pitt’s little brother Doug, 39, Brad is irritated that his mother Jane is still keeping in touch with his ex-wife Jennifer Aniston.Â

Doug tellsÂ Star magazine that momma Jane speaks toÂ Aniston on the phone at least once a week even though it’s been 18 months since the couple split in January 2005.Â  I dunno, seems like a hard thing to do to just quit Jennifer cold turkey, there could be major psychological consequences to this action.Â

Doug says, “Brad is not happy about Mom talking to Jennifer.”

“He feels that Mom should move on now, and cut the link that was there. But she is in a difficult position–she has great affection for Jennifer–born out of the fact Brad once loved her and did marry her.”

Brad Pitt swiftly moved on to a new relationship with Angelina Jolie and is now a father to adopted children Maddox & Zahara.Â  The wave-making couple are expecting their first biological child together at anytime.Â

I wonder if Jen sent Jane a Mother’s Day card……. 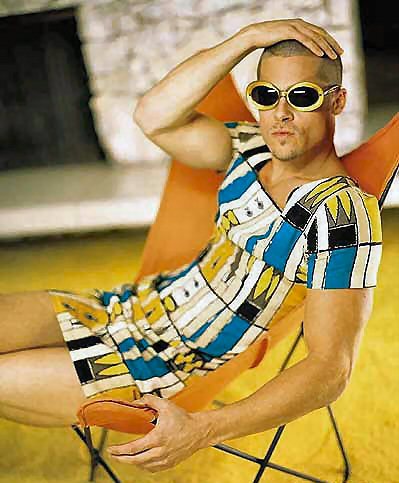 Brad Pitt has hired three construction crews for his home in Hollywood Hills in an effort to make sure the renovations are complete before (girlfriend?) Angelina Jolie gives birth to his love child.Â  The crews will be working around the clock until the job is done meaning that the noise and constant traffic might wear on Pitt’s neighbor’s nerves.

But the sensitive Pitt has already thought of that and is planning a cocktail party when the work is done & he’s settled in.Â  One neighbor claims the actor insisted that the work to be done after dark should only consist of painting and other quiet jobs to ensure neighborhood happiness.Â

Brad has owned the Hills house for over nine years, but had to give it up when he wed Jennifer Aniston, she never liked the place.Â  Ahhh, that should make Brad pleased- having the baby he’s always wanted & shacking up at his old bachelor pad. 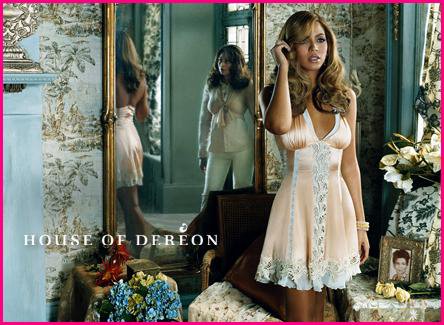 We’re all pretty much familliar with House of Dereon, but here’s a refresher to go along with the new ad campaign.Â  The House of DereonÂ is a clothing line launched in October 2005 by BeyoncÃ© and Tina Knowles. The line was inspired by the success of Tina Knowles’ fashion creations, which were worn by the now disbanded, (for this second) Destiny’s Child. Prior to the launching of her line, many of Tina’s creations were seen on the red carpet, worn by Beyonce and troupe.

The clothing line premiered for the first time on The Oprah Winfrey Show in November 2005. The models for the runway show included Destiny’s Child members Kelly Rowland and Michelle Williams. 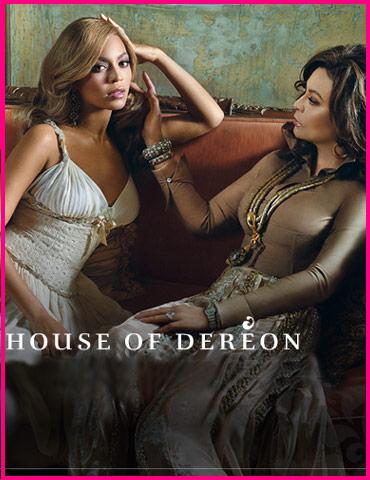