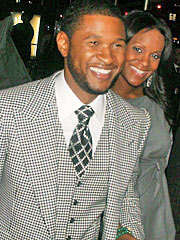 The stork’s been pretty busy with deliveries in Hollywood. Days after former New Kid Joey McIntyre had, well, a new kid, singer Usher and his wife Tameka, welcomed a baby boy. “We are so happy and proud of our beautiful son,” the couple said. “What a blessing!” They named him Usher Raymond, and are expected to bring him home on Wednesday. 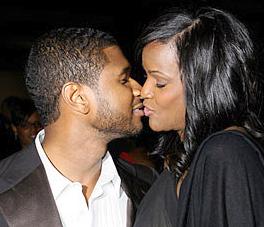 The duo were originally scheduled to get married July 28 at music exec L.A. Reid’s estate on Long Island, but due to a pregnancy scare the plans were cancelled while Foster entered the hospital to ensure the safety of the baby.

According to one source, the newly married couple are ecstatic, saying, “They did exactly what they should have done and said they were going to do. They are very happy.”

Congrats to the newlyweds!

R&B singer Usher was almost ready to say ‘I do’ to his knocked up fiance Tameka Foster, but not quite yet.Â  Usher & Foster were scheduled to get married this weekend at the home of a music executive, but the singer changed his mind at the last minute without explanation.

Usher’s rep stated, “The wedding ceremony for Usher Raymond … and Tameka Foster was cancelled. No additional information will be given regarding the circumstances of the cancellation, but we hope the privacy of this matter will be respected.â€

28-year-old Usher & 37-year-old Foster were engaged this past January after more than a year of dating.Â  The news of the baby bump was released in June, which will be Usher’s first & Tameka’s fourth.Â

The wedding that was supposed to happen on Saturday is rumored to have something to do with his ex-managerÂ & mother Jonnetta Patton.Â  After Tameka came into the picture, things have never been the same for the R&B star & his mama.Â  Apparently Jonnetta was invited to the wedding at the last minute & could have been the cause of the abrupt cancellation. 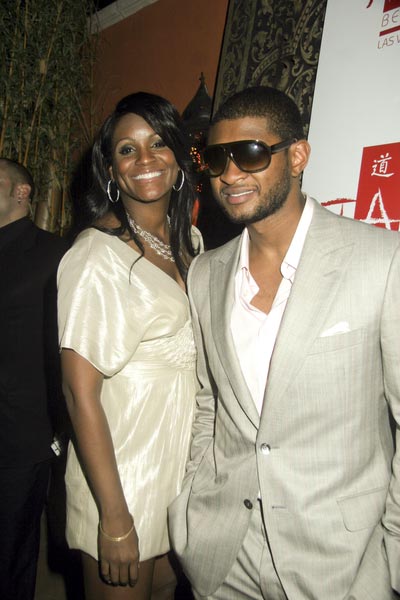 Looks who’s going to be a newÂ daddy!Â  Usher & his sexy fiance Tameka Foster are officially pregs & expecting their first child in the fall.

The couple just recently released this statement, “We are extremely excited at this point in our lives planning our wedding and the joy that comes with expecting our first child together.

“We hope people will be happy for us and respect our privacy during this happy period in our lives.”

This will be the first baby daddy experience for Usher, but will actually the fourth child for Foster.Â  Jeepers!Â  The fourth?!Â  What has Usher done got himself into?