Hereâ€™s an early Christmas treat for everyoneâ€”a gallery of hot musicians who rocked out at Capital FM’s Jingle Bell Ball at the O2 Arena in London on Saturday and Sunday.

The musical extravaganza catered to all types of fans. R&B/hip-hop lovers grooved to the tunes of Ne-Yo, Flo-Rida, Janet Jackson, and Dizzee Rascal. Boy band hysterics partied like itâ€™s 1999 with Westlife and the Backstreet Boys. The Sugababes, JLS, and Pixie Lott showed off their UK flair with their latest hits. The Noisettes and Metro Station added some rock flavor to the scene.

The eventâ€™s showstoppers were the sexy popstars who dressed like itâ€™s the last day of 2009. There was Lady Gaga who proudly made it to Santaâ€™s naughty list, thanks to her â€œcherry, cherry, boom, boomâ€ bikini. There was teen sensation Miley Cyrus who raised eyebrows with another provocative outfit. The Saturdays opted for skimpier costumes for their performance. Shakiraâ€™s hips didnâ€™t lie as she performed â€œWhenever, Whereverâ€ onstage.

The two-day show was a success, if you count the 16,000 people who attended day two alone. Fans of all ages uploaded their personal accounts of the event on Capital FMâ€™s website.

Lady Gaga was ushered into the venue as Santaâ€™s reindeer. She quickly changed into a red-hot bikini, fishnet stockings, black lace-up boots, and her famous disco stick when she hit the stage for her six-song set. Check out her red-hot outfit here.

Jade Ewen, Heidi Range and Amelle Berrabah of the Sugababes

Shakira sported another crazy â€™do, but her swinging hips did a good job. 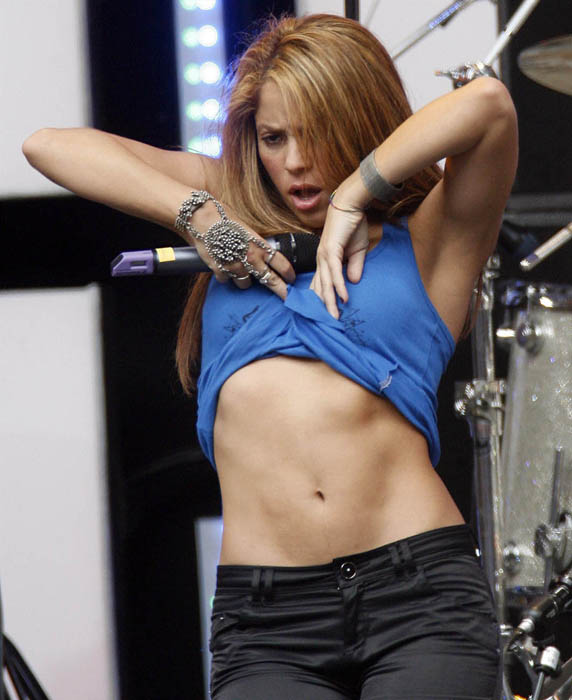 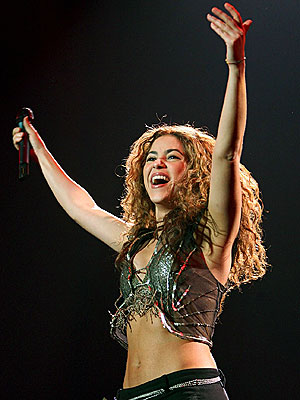 Sexypants shaker & singer Shakira performed in front of a sold out crowd on Wednesday.

The crowd, who was everyone from the Middle East to Portugal, screamed themselves hoarse as Shakira took theÂ Lisbon stageÂ on her Oral Fixation tour.Â

You know, I think I might have an oral fixation myself, and her name is Shakira.