The queen of healthy cooking and 30-minute meals has launched her newest book, Best of 10. It features thirty top-ten lists of her fansâ€™ favorite recipes, such as 10 Figure-Friendly Faves and 10 Gut-Busters. 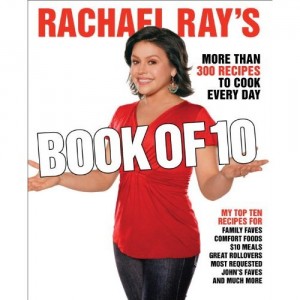 Ever since she came out on The Food Network in 2001, the 41-year-old has turned into a household name with her Yum-o dishes. Sheâ€™s published dozens of cookbooks and her own magazine, Everyday With Rachael Ray.

She was recently spotted signing copies of her book at Williams Sonoma in New York City on November 5. If you want to get your hands on her new book, visit rachaelray.com.

Rachael Ray, the queen of cooking talk show television told the crowd during a charity event hosted by Rosie O’Donnell. Despite the grim news, Rachael characteristically stayed upbeat as she candidly spoke about her upcoming throat surgery.

“I’m having voice surgery on Dec. 16, so we’re going to celebrate very quietly……It’s fine, it’s just a little bump, I need to get rid of it though.”

Ray explained, continuing to joke on how she planned to write on a pad of paper to communicate, saying that she was going to “grow back the callous” that she had in grade school.

In October, Rachael’s reps told the press that the cooking star had found a small lump in her throat and had to have it removed. They said it WASN”T throat cancer. Phew. 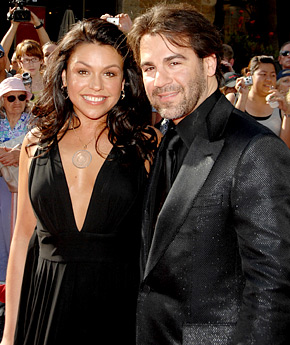 Reports have been circulating that the cooking diva was “this close” to divorcing her hubby.Â  But according to a new source, the couple are as happy as can be.

Ray’s rep reveals, “There is no truth to it and it’s a non-item….Rachael and John are happily enjoying the holiday week up at their cabin.”

Hrmmm, you know what that can mean, we’ll be hearing about their divorce in like two weeks….