END_OF_DOCUMENT_TOKEN_TO_BE_REPLACED

Dancing With The Stars Season 10 has finally announced the 11 celebrities who will vie for the big trophy. Drum roll, please!

My money’s on Nicole Scherzinger. I don’t even know why she’s part of the roster. She’s been a professional dancer and performer for years. Doesn’t that make her overqualified? Hey, at least I can win some money by betting early. 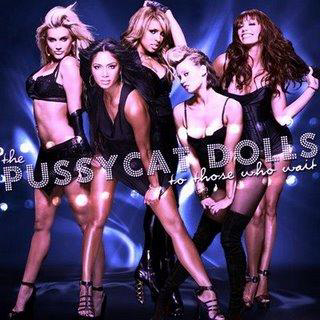 Now that she’s single again, Pussycat Doll Nicole Scherzinger can focus on her new stint. Some say it’s never too late to get into modeling, so the 31-year-old has just signed a contract with modeling agency Wilhelmina.

She isn’t the first celebrity to be signed by the upscale modeling agency. The likes of Fergie, Zoe Saldana, Terrell Owens, and Alexandra Richards have been working with the agency for years.

Nicole recently split from her boyfriend of two years Lewis Hamilton, a British racecar driver. According to the press release: “Nicole Scherzinger and Lewis Hamilton can confirm that they have decided to go their separate ways. The two of them have decided to focus fully on their careers and will remain close friends.”

Itâ€™s a rumor that pesters bands and music groups throughout their careers. For the Pussycat Dolls, we hear about it every month or so. After all, a split seems inevitable.

Does anybody know the full names of the dolls other than front woman Nicole Scherzinger? Nope, I didnâ€™t think so. When listening to PCD songs or watching their music videos, do you hear any voice or see any face that stands out other than Nicoleâ€™s? My thoughts exactly.

According to Page Six of the New York Post, the five girls are no longer in speaking terms with each other. One of the members, Kimberly Wyatt, revealed that she hasnâ€™t heard from Nicole in months. While there are talks that the group has broken up for good, PCDâ€™s label Interscope insists that they are just â€œon a break.â€ They didnâ€™t exactly clarify anything.

This isnâ€™t the first problem that the girls have gotten into. In 2007, the group launched Pussycat Dolls Present: The Search for the Next Doll to look for the seventh member of PCD. Winner Asia Nitollano decided to pursue a solo career instead of joining the dolls. In 2008, original PCD member Carmit Bachar left the group to pursue her own path. Then for the past few years, tension among members have continued as the limelight focuses on Nicole.

Almost famous: Asia Nitollano won the reality show Pussycat Dolls Present: The Search for the Next Doll in 2007, but rejected the prize to join PCD. Has her solo career taken off? Asia who?

Celebrific wants to know: Do you believe the Pussycat Dolls have finally split? Whoâ€™s your favorite doll?